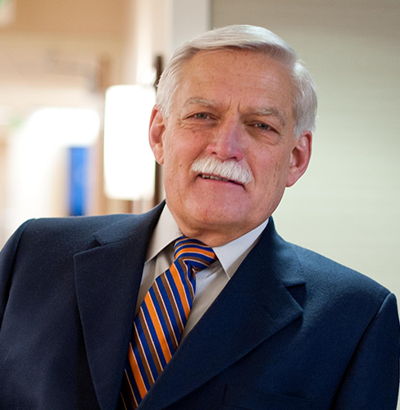 Jerry R. Engle has served on the Johnson Memorial Health Board of Trustees since 2006.

Mr. Engle is on the Regional Advisory Board with First Merchants Bank and spent more than 40 years in the banking industry.

He served as President of Lincoln Bank, Bargersville State Bank and First Bank - having led all three institutions to remarkable growth and regional acquisition. His banking profession has included many leadership positions in lending and operations.

Mr. Engle graduated with a degree in Banking from Southern Illinois University and began his career as a bank regulator with the Department of Financial Institutions.

Companies under his leadership have been named several times in the Indiana Business Journal top 10 Fastest Growing Indianapolis Area Businesses. He was an Ernest and Young Entrepreneur of the Year Finalist in 2002.

He also served many years on the Greenwood Community School Corporation Board.