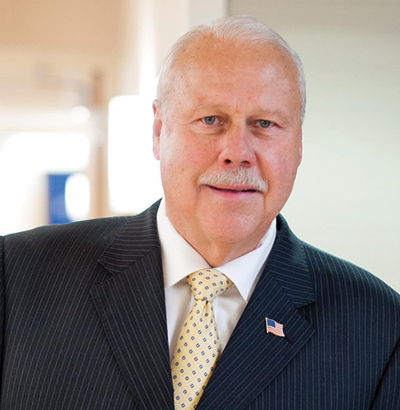 Major General Martin Umbarger has served on the Johnson Memorial Health Board of Trustees since 2003 and became Chairperson in 2020.

He is the past Adjutant General of Indiana - leading the Indiana Army and Air National Guard. He also is President and CEO of Roy Umbarger and Sons, Inc. an agricultural wholesale and retail business located in Bargersville, Indiana.

A graduate of the University of Evansville, he was commissioned as a 2nd Lieutenant, Infantry Branch after graduating as the Distinguished Graduate (Erickson Trophy) of the Indiana Military Academy. He served as the Deputy Commanding General (ARNG), United States Army Forces Command, Fort McPherson, Georgia. Other notable assignments include Assistant Division Commander for Training, 38th Infantry Division (Mechanized) and Commanding General of the 76th Infantry Brigade (Separate), one of 15 Enhanced Brigades in the Army National Guard.

He has received numerous military awards.