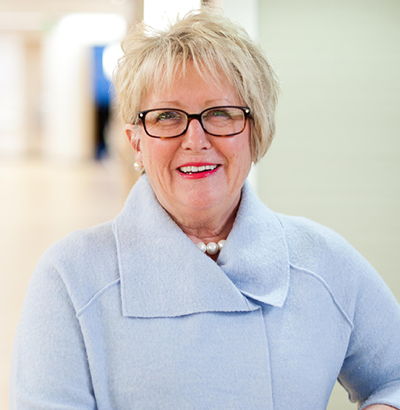 Sandi Huddleston served as chair of the Johnson Memorial Health Board of Trustees from 2009 to 2020 and has served on the board since 2005.

Mrs. Huddleston is past Executive Director of the Richard G. Lugar Excellence in Public Service, Inc. She also works with the law firm of her husband, Stephen L. Huddleston, in Franklin and is past Marketing Director for Harcourt Industries. A graduate in Elementary Education from Indiana University, she is a former teacher in the Franklin and Danville Community School Corporations.